I did this photo shoot to express some themes of the film, not appearing exactly the same, but each image still represents the same idea ; the film should be able to be viewed separate from the shoot, as the photos should be understood the same way with or without watching the film; together, they only compliment each other.

see all on dropbox

All content below was made in October 2016. The content above is my further exploration on the same project - revisiting the same story almost two months later - to enlighten some parts of the process that were left in the darkness because of the time limits / confusion after the discovery of film as such powerful tool for self-expression.

This diary entry was written a few days before I shoot the actual film. I rediscovered it when I was in process of arranging the pages for the booklet and started to consider, if introducing this entry should be included.. considered what it would add to the whole picture, and if it would change the perspective of the viewer, especially in a situation where the viewer is only given a chance to see the booklet, without seeing the film, and the opposite - my purpose is that in both cases, the viewer gets the same idea, no more, no less.

Quote from a friend who I had this discussion about

"The text you wrote definitely gives a sense of some sort of derangement/transgression/turnover happening and of schizophrenic lack of understanding of it, of the excess that your senses encounter and for sure it reads differently when one forgets about the background. I think if you put it in right context for your booklet it can work.
the extremely personal perspective translated to a language of particular medium is the source of new, gives new possibilities of reflecting on the totality of human experience"
Details

collage on the right me

I'm confident that the things people see in their dreams are just not random images - certainly, they are reflections from real life, but more important is, which images are the ones that keep repeating and bothering us - especially the ones that appear kind of blurred, that seem somehow familiar but you cannot tell how, or why.

These ones contain the facts that never reach the conscious mind; all the time being awake, the mind is trying to protect itself, by hiding away inappropriate content. The mechanism doesn't always work perfectly - the hidden content might still control the behaviour, causing confusion, being unable to explain one's acts.

Sometimes I can have an odd feeling of being curiously (or dangerously) close to discovering something that I have known for a time, maybe forgotten, a question that has been left unanswered - it can be a place, a face, that causes this, but usually it's just the feeling of being open and responsive that doesn't leave me. As if the mind forgot to close all the barriers one morning after waking up.

Dreams are a source of information behind a barrier that doesn't break easily.  The level of consciousness is something that is impossible to control naturally, but it can be altered by chemicals.

Voices in the dream world often have  a dark, scary tone, because the content is mostly what is considered too harmful to be taken into every day life. Still, the images can, controversially, be objects of desire - linked with feelings like desperation, failure, longing..  Shame, especially, is an unwanted feeling, that doesn't have place in our society. Images linked with shame are pushed under the surface as soon as possible.

Forcing the mind to forget about something is possible, but when something brings the subject back up, the encounter is chaotic and it will take a while, before everything sets down again. When it happened to me, the feeling was so violent, it left a mark. It was the vision of two, that fit perfectly together, together they created a new image that had no connection to whatever they were before.

It is common that people endlessly run around in the same corridors of the mind, reaching out for the door with the answers again and again. Waking up in the morning, not knowing why the body may have rested but the mind hasn't.

I really liked a comment by a friend after he had watched the film:

"The whole experience is so rich, I really like the psychology behind it...individually and socially with the others

Discover ourselves in all senses, push our limits and fantasies

It's like...to know (or try to) ourselves better, what we want etc...we need to experience some things...actively or even just observing.

It's inspiring. Sometimes the true light it's in the darkness."

"The dream is always involving reality, sometimes becoming a part of it - it's still inside the frame,  just filling the whole picture.

The answers - desire, fears - are in the unconscious mind that cannot be fully reached when awake

The final outcome shows the moment when the dream starts to fall apart, when instead of letting it slip away, you try to stick with whatever you have left, even if it's obviously damaged - you get addicted to it's fake beauty, a quick fix - but it's completely invisible and meaningless to other people that don't understand the code."

These observations made me think why do we remember certain things, and why do we let others fade away from our consciousness. Some memories fade, but they can still be brought back - some just disappear, and have to be discovered to be found again. I believe we don't have much to do in the progress of choosing what's good for us and what is better to be forgotten. It's a defence mechanism ran by the unconscious mind, a pattern that is hard to manipulate.

Above are thoughts about the jacket project, that is still in fresh memory - I wanted to explore these themes more, since there's so much, only by making the jacket I didn't fully reach the conclusions I had during the thinking process.

The mask I did for Your -project represents some of the thoughts I had in the process ( - being blind/not able to see things clearly, and what other senses are left), but mostly it symbolises my failure on the final outcome, when I was numbed by some undefined fear, that left me unable to do anything.

No dream is ever just a dream 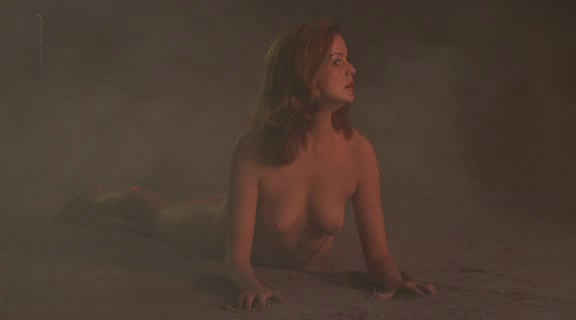